Donald Trump’s campaign chairman, Paul Manafort, has been named in an investigation by Ukrainian authorities looking at whether he and others received millions in illegal payments from Ukraine’s former pro-Russian ruling party, according to the National Anti-Corruption Bureau. Manafort, claims it is a smear and he never done work for the governments of Ukraine or Russia, despite the fact that it has been very public knowledge Manafort worked for the Pro-Russian Ukrainian President Viktor Yanukovych as an image consultant from 2004 to 2010.

The probe is part of a wider investigation by the bureau into allegations of corruption and influence peddling against ex-president Viktor Yanukovich’s administration, for whom Manafort worked as a political consultant, before the leader’s violent ouster in 2014.

The investigation is looking into “shadow accounting” and potentially illegal payments made by Yanukovich to Manafort and other Ukrainian election officials, according to Ukraine’s National Anti-Corruption.

The announcement of the investigation follows a report published late Sunday by The New York Times, which first revealed that Ukrainian investigators had found Manafort’s name included in an off-the-books, handwritten ledger detailing 22 secret payments — among them, a $12.7 million total payout to Manafort.

Daria Manzhura, head of external communications at the National Anti-Corruption Bureau of Ukraine, confirmed to CNN that Manafort’s name is among those listed on a handwritten ledger. 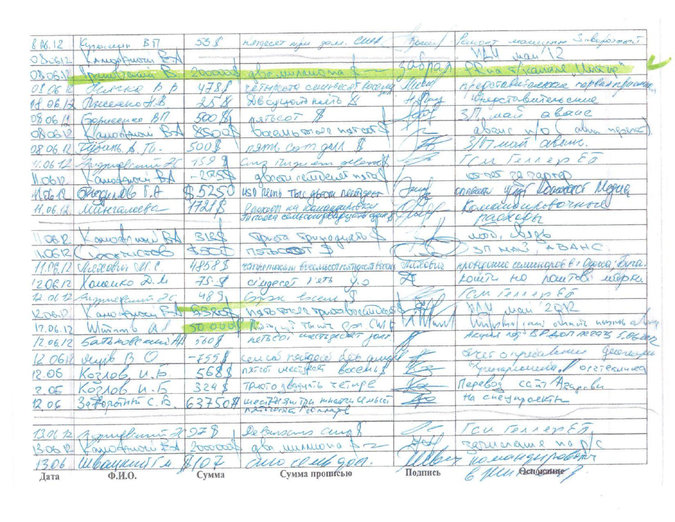 Responding to the initial report from the Times early Monday, Manafort called the report “unfounded, silly and nonsensical.”

“Once again The New York Times has chosen to purposefully ignore facts and professional journalism to fit their political agenda, choosing to attack my character and reputation rather than present an honest report,” he said in a statement.

“The simplest answer is the truth: I am a campaign professional. It is well known that I do work in the United States and have done work on overseas campaigns as well. I have never received a single “off-the-books cash payment” as falsely “reported” by The New York Times, nor have I ever done work for the governments of Ukraine or Russia. Further, all of the political payments directed to me were for my entire political team: campaign staff (local and international), polling and research, election integrity and television advertising. The suggestion that I accepted cash payments is unfounded, silly, and nonsensical.

“My work in Ukraine ceased following the country’s parliamentary elections in October 2014. In addition, as the article points out hesitantly, every government official interviewed states I have done nothing wrong, and there is no evidence of ‘cash payments’ made to me by any official in Ukraine. However, the Times does fail to disclose the fact that the Clinton Foundation has taken (and may still take) payments in exchange for favors from Hillary Clinton while serving as the Secretary of State. This is not discussed despite the overwhelming evidence in emails that Hillary Clinton attempted to cover up,” the statement continued.

As the National Anti-Corruption Bureau of Ukraine noted, that the presence of Manafort’s name on the list does not mean he received the money, and that the ledger does not contain his signature while others who were identified did sign it.

However Manafort’s claim that, “nor have I ever done work for the governments of Ukraine.” is a complete lie.

It is no secret that Paul Manafort made a career silently working for some of the worst tyrants in the world, to reinvent their image and appear more likable to Western countries. Manafort’s firm was listed amongst the top five lobbying firms receiving money from human-rights abusing regimes in the 1992 Center for Public Integrity report “The Torturer’s Lobby.”

In Ukraine, Manafort worked as an adviser on the presidential campaign of Viktor Yanukovych (and his Party of Regions during the same time span) from December 2004 until the February 2010 Ukrainian presidential election even as the U.S. government opposed Yanukovych because of his ties to Russia’s leader Vladimir Putin. Manafort was hired to advise Yanukovych months after massive street demonstrations known as the Orange Revolution overturned Yanukovych’s victory in the 2004 presidential race.

Also, Manafort claimed that the New York Times did not report on possible controversies at the Clinton Foundation, except they have: