In his first policy paper, Trump laid out a highly racist and nationalist immigration reform based on faulty data and promoted crimes against humanity all while failing the mention of its high cost to taxpayers.

The details of Trump’s plan include:

For many years, Mexico’s leaders have been taking advantage of the United States by using illegal immigration to export the crime and poverty in their own country (as well as in other Latin American countries)

The paper goes on to explain the core issues of Donald Trump’s reforms:

Allow us to break down each core issue and explain the problem. However before we read each policy point we first need a dose of reality for context. If at any time you start leaning towards Trump’s side just remember a few verifiable facts:

A nation without borders is not a nation. There must be a wall across the southern border.

First it must be pointed out that walls and fences are already being built along the US-Mexican border and is a colossal failure. One could argue that Trump’s plan is to build a better and bigger wall, however Trumps plan of a 30 foot wall has one glaring logical flaw. 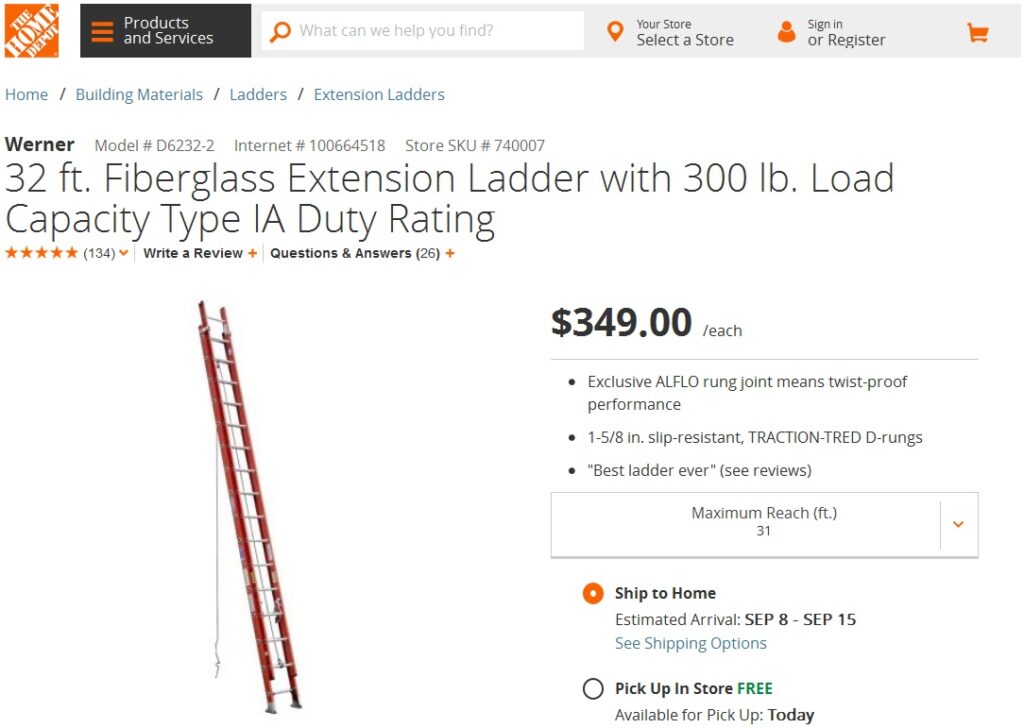 And if his solution (as suggested in the Republican debates) is to build a taller wall, then Home Depot has taller ladders. Remember, safety first.

Trump has also played fast and loose with the cost, citing conflicting numbers from $4 billion, $8 billion, $10 billion, and $12 billion. However engineers and experts have looked into this claim and found that for building a US-Mexican it wall would actually cost $25 billion. Once the wall is built it would have to be maintained, something Trump also is not mentioning, at a cost of $750 million per year. The personnel cost to man and patrol the fence has yet to be calculated.

Now let’s play a game of logic. Drugs are coming across the southern border so Trump wants to build a wall with Mexico and is cheered for it by Republicans. Drugs are coming across the northern border and Governor Scott Walker makes the suggestion that we should also build a wall with Canada and is laughed at and called crazy by Republicans. How could this be that Republicans see 1 problem happening in 2 different places and have vastly different ideas? Logically if this was really about drugs then they would have jumped at the idea of a northern border wall. If it is about jobs then Canadians could just as easily walk across the northern border, become a migrant worker, and start picking apples in Washington state. The only logical conclusion then is race, Canadians in general look and talk like Americans, Mexicans are brown and have a different word for everything. Therefore this idea has its roots in racism.

A nation without laws is not a nation. Laws passed in accordance with our Constitutional system of government must be enforced.

This is really vague and kind of a “no duh” comment. But what Trump is talking about here is rounding up every illegal immigrant and returning them to their place of origin, nationwide e-verify, ending birthright citizenship, defunding sanctuary cities, increasing the number of ICE officers, and more.

All-in-all Trumps plan would be a giant middle finger to freedom and morality and cost the taxpayers over $160 billion, again not great for the deficit and smaller government, but great for people who hate Mexicans.

Mass deportations would involve rounding up every undocumented person and forcibly removing them from the country. What Trump is advocating here, the forced removal of a portion of a population with the same national heritage from an area, already has a name, it’s called “ethnic cleansing” and it is not seen as a positive and moral thing. On top of the horrific crimes against humanity being proposed, what Trump also fails to mention here is the cost. Immigration and Customs Enforcement told lawmakers that it costs about $12,500 to deport one immigrant from the United States. Multiply that by 11.3 million, and you get $141.3 billion.

However, in later policy speeches, Trump emphasized that his priority in cracking down on the undocumented population in the United States would be to quickly deport those who have committed serious crimes. But while not directly identifying what would happen to the remainder, he did say illegal immigrants would have to return home and re-apply for re-entry.

Trump also pushed for a 5,000 person increase in border patrol officers, and said he would “triple” the number of Immigration and Customs Enforcement deportation officers, creating a “new special Deportation Task Force.”

Adding more border patrol agents echoes the “Gang of Eight” legislation that passed the U.S. Senate in 2013 that would have added 20,000 border agents, fourfold what Trump suggested. Trump was highly critical of that proposal during the Republican primary, singling out Florida Sen. Marco Rubio for his role in drafting it. So that was a nice little flip-flop by Trump.

Tripling the number of Immigration and Customs Enforcement officers would cost $8.4 billion per year, again not great for the deficit and smaller government. What Trump also neglects is that President Obama has deported more illegal immigrants than any of his predecessors. So if you are a single-issue vote who wants to remove illegal immigrants, then vote Democrat. They’ve been doing it for years and can do it better than Republicans.

Nationwide E-Verify system, while the least controversial of his reforms, would still cost taxpayers $2.15 billion, again not great for the deficit and smaller government.

A nation that does not serve its own citizens is not a nation. Any immigration plan must improve jobs, wages and security for all Americans.

So Trump just deported all 11 million undocumented workers, will this mean that jobs will automatically be available for all the hard-working Americans now out of work? If your idea of standing in the hot sun picking apples to fill up your 100 pound bag on your back for a whole $2 per basket, then yes.

If that does not sound appealing, how would you like work in the exciting field of “poultry processing?” This one pays $9 per hour but the work requires you to practically swim in chicken intestines and gizzards, is mindlessly repetitive, and is actually very dangerous.

The problem here is that Trump’s ideas have already been tried and has ended up failing spectacularly. Alabama HB 56, otherwise known as the Beason-Hammon Alabama Taxpayer and Citizen Protection Act, is an anti-illegal immigration bill, signed into law in the U.S. state of Alabama in June 2011. It is regarded as the nation’s strictest anti-illegal immigration law, and what it did was force migrants to migrate out of the state leaving a massive unemployment vacuum in construction, agriculture, meat packing, and other industries dependent on migrant labor.

Farmers found that Americans are simply not willing to work under such harsh working conditions for low pay. Some businesses in other industries have lost workers, including legal workers, as a result of the new immigration law.

Want to improve jobs? Vote Democrat. Under President Obama, unemployment is at a 20 year low and is at 4.9% which is below natural unemployment rate, meaning we are at total employment. Under conservative Republican policies unemployment hit a 10% high.

Want to improve wages? Don’t vote for Trump. He believes we must keep wages low in order to compete with other countries and has a history of fighting higher wages in his own company. While cities like Seattle and states like Massachusetts have enacted $10 or higher minimum wage laws that saw economic benefits and continued job growth.

Excluding the Great Wall of Trump, which we detail in a separate analysis, let’s review the cost over 10 years.