Republican presidential nominee Donald Trump appeared to joke about the possibility that Hillary Clinton could be shot in remarks at a campaign rally Tuesday in Wilmington, N.C.

Trump was discussing the possibility that Clinton, the Democratic nominee, would be able to appoint liberal justices to the Supreme Court if she wins the race for the White House.

He then said that there was nothing that could be done in that scenario, before mentioning “Second Amendment folks.”

“Hillary wants to abolish, essentially abolish the Second Amendment,” Trump said to boos from the crowd.

“By the way, if she gets to pick her judges, nothing you can do folks,” he then added.

“Though the Second Amendment people, maybe there is, I don’t know.”

The Clinton campaign responded with a statement, with campaign manager Robby Mook saying: “This is simple — what Trump is saying is dangerous. A person seeking to be President of the United States should not suggest violence in any way.”

Democrats pounced on the comments, with Rep. Eric Swalwell (D-Calif.) tweeting that the Secret Service must investigate Trump’s “threat,” while progressive group MoveOn released a statement calling on Republicans to reject Trump’s campaign in response.

A spokesman for the U.S. Secret Service said it was aware of the comments.

The Trump campaign downplayed the controversy in a statement attacking the “dishonest media.”

“It’s called the power of unification – 2nd Amendment people have amazing spirit and are tremendously unified, which gives them great political power,” Jason Miller, a top Trump aide, said in the statement.

And this year, they will be voting in record numbers, and it won’t be for Hillary Clinton, it will be for Donald Trump.”

Trump has repeatedly used Supreme Court vacancies as a key cudgel against Clinton and a way to convince wary Republicans to jump onto his campaign.

Justin Barasky, the spokesman for the pro-Clinton super-PAC Priorities USA sent the clip out to reporters with the comment “THIS IS NOT OK.”

If Donald Trump tries to claim the comment was meant to be humorous then someone needs to tell him speech like this is not a joke. 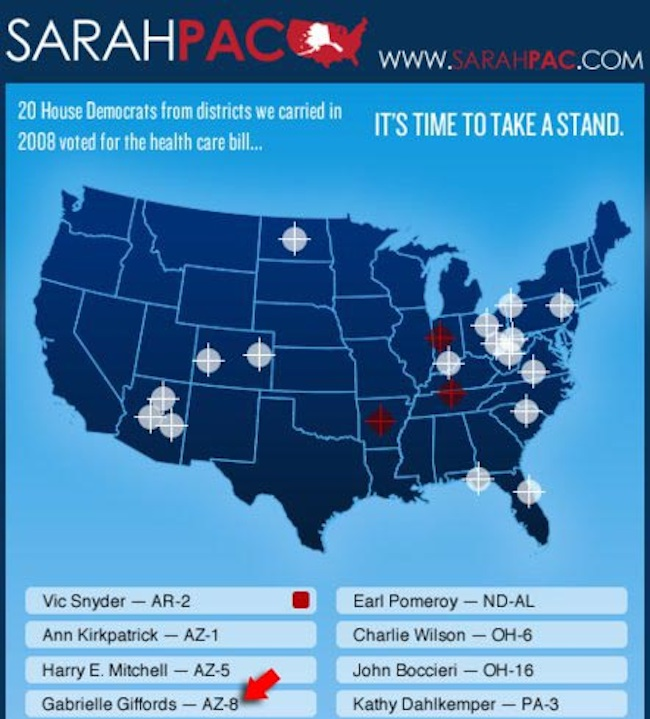 While no connection had been made between this graphic and the Arizona shooting, war rhetoric like Trump and Palin’s has been linked to incitement to violence.

Watching the intention of the comment is clearly a dog-whistle to the NRA and other gun rights activists who hold an insurrectionist view of the Second Amendment, that it is the ‘ultimate check against government tyranny.’

If that was not the case, then why did the crowd laugh?

The Trump campaign’s statement that the comment was about unification, and gathering enough votes to beat Hillary Clinton in November is absolutely absurd. A simple look at Trump’s quote shows he was talking about after November, should a President Clinton try to pick Supreme Court judges there is nothing you can do, except for the “Second Amendment people.”

Clinton has called for stronger background check requirements to keep guns out of the hands of “people we all agree shouldn’t have them — domestic abusers, violent felons, and dangerously mentally ill people,” all the while affirming her support for the right to bear arms.

Thanks Fox News host Sean Hannity for helping me answer this controversy with your leading question! You’re a fair and balanced “journalist.”

When @seanhannity interviews @realDonaldTrump, it's basically:
HANNITY: You should explain this by saying X
TRUMP: X pic.twitter.com/NaDyv6KLUM