Donald Trump Could Just Shoot Somebody 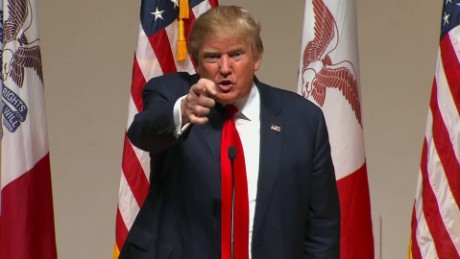 Speaking in Iowa, Donald Trump boasted that support for his presidential campaign would not decline even if he shot someone in the middle of a crowded street.

I could stand in the middle of 5th Avenue and shoot somebody and I wouldn’t lose voters.

As terrible of a joke as this is it has real-world consequences. Continued hate and violent speech from Trump has caused many fights and protests at his rallies.